Our One Year Anniversary 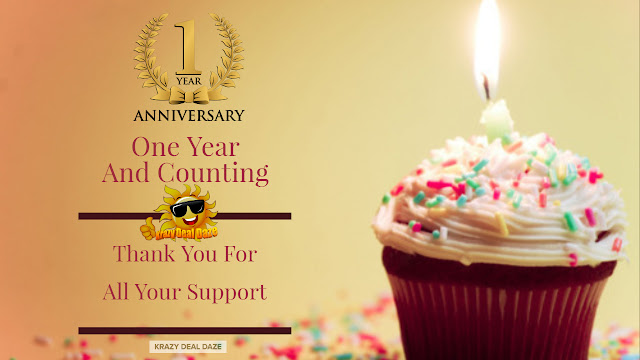 One year and Counting and many more to come!

We cannot believe it has been one year already, time certainly does fly when you're having fun! Just five days ago a memory popped up on my Facebook regarding a post that I had made the previous year that summed up to, "an idea had been had and a decision had been made." It was one of those dreaded vague posts that everyone hates because I kept the juicy details to myself and told everyone to "stay tuned"...lol! Then five days later Krazy Deal Daze was launched!

Here are just a few milestones that we were excited to reach in our first year!


As we celebrate the completion of our first year we would like to take a moment to thank our family and friends, partners, clients, followers, subscribers, networkers and readers for all your support this past year. Thanks to each of you we have exceeded our own expectations for this year. We have already accomplished so many milestones and are looking forward to accomplishing many more in the coming year.

We've established some pretty great relationships already and we look for to strengthening them even further as we continue on this Krazy journey. Our sincerest gratitude goes out to each and every one of you for your support in Krazy Deal Daze latest milestone!

Thank you for stopping by and helping us celebrate our one year anniversary! What do you like the most about Krazy Deal Daze? What was your favorite Krazy Deal Daze post this year? Do you have anything you would like to see us post? Be sure to let us know in the comments below!

If you enjoyed this post, we’d be very grateful if you’d help it spread by emailing it to a friend or sharing it on Twitter or Facebook. Don't want to lose this? Pin it on Pinterest so you can get back to it later!

Have a great day!🌞 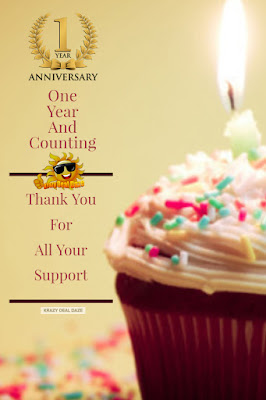