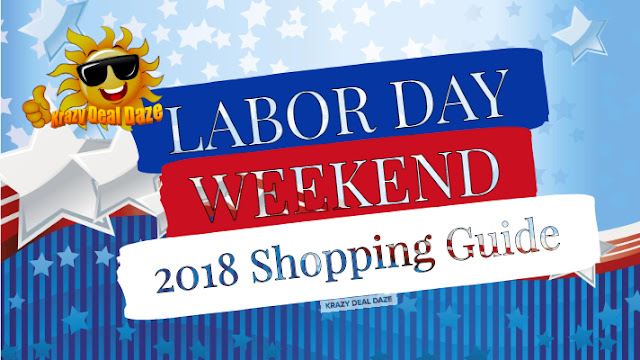 Labor Day Weekend is just about here and will be celebrated across the US.

For 2018 the sales start August 31st through Labor Day on September 3rd.


What is Labor Day?

According to the United States DEPARTMENT OF LABOR
"Labor Day, the first Monday in September, is a creation of the labor movement and is dedicated to the social and economic achievements of American workers. It constitutes a yearly national tribute to the contributions workers have made to the strength, prosperity, and well-being of our country."
It is also the Monday of the long weekend known as Labor Day Weekend and it is considered the unofficial end of summer in the United States. The holiday is also a federal holiday.

How do we celebrate?

Traditionally we celebrate with parades, barbecues, and cookouts. A lot of people choose this time to take their vacation to enjoy the last days of summer.  Many businesses take advantage of the large numbers of potential customers with time to shop, With lots of great sales and deals. Labor Day has become an important weekend for discounts by many retailers in the United States, especially for back-to-school sales. Some retailers claim it is one of the largest sale dates of the year, second only to the Christmas season's Black Friday

Deals to look for Labor Day Weekend 2018!
Note: The links provided in this post are for the 2018 Labor Day Sales Events. If the links are no longer active, it's because the sales have ended.

Grills - After Labor Day, most consumers’ start to crave fewer burgers and hotdogs and more meat and potatoes and EVERYTHING pumpkin pie. To keep customers interests in all things BBQ, some retailers offer some BIG discount on grills. Some of the best grill deals can be found at retailers like Home Depot, Lowe’s Amazon and Wal-Mart.

Patio furniture - Just like with grills, the demand for patio furniture takes a tumble after Labor Day. During the holiday sales, retailers have been known to take 70% – 80% off outdoor furniture, as well as décor and appliances. Lowe's is offering up to 75% OFF on Patio Furniture!! You can also find 60% OFF deals at Sears. Surprisingly, I also found some pretty great deals on Amazon as well..!

Appliances -  Manufacturers release new models of major appliances in September and October. So to clear the way for the latest models, retailers discount washers, dryers, stoves, and refrigerators by as much as 40% during Labor Day sales. Some of the best large appliance sales can be found at Sears, Best Buy, Lowe's and Home Depot.

Mattresses - Mattress stores always seem to offer big sales on major shopping holidays. So it’s no surprise that Labor Day offers some excellent deals on mattresses. Research your local retailers and Look for valuable coupons, if you can find manufacture AND store coupons check to see if you can stack them and you could save BIG on a new mattress. Sear's is offering UP to 60% OFF on Mattresses!

Laptops - Labor Day has been known to offer great deals on Laptops and other techie devices. you can sometimes find discounts of as much as 25% off on laptops over the weekend. Labor Day weekend may be your last opportunity to score a laptop deal until November. Some of the best deals can be found at stores like Best Buy and Wal-Mart.

TVs -  Although not as good as Black Friday, decent deals on TVs during Labor Day sales have been seen in the past. It looks like Best Buy has some really good sales on TVs! Wal-Mart has a few good deals on TV's as well.

Cars - Since the latest car models make their debut in September, car dealerships are looking to push last year’s models out the door to make room for the new models. On Labor Day, you can save thousands and score attractive perks on cars. In September of 2016, I bought a brand new 2016 Toyota and was able to score ZERO interest for the entire length of the loan!

Thank you for stopping by and checking out our Labor Day Weekend 2018 Shopping Guide! Which Krazy Deal are you most excited about this Labor Day Weekend? Be sure to let us know in the comments below!

Have a great day! 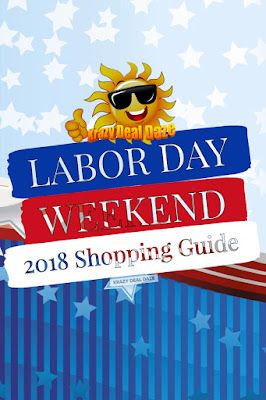