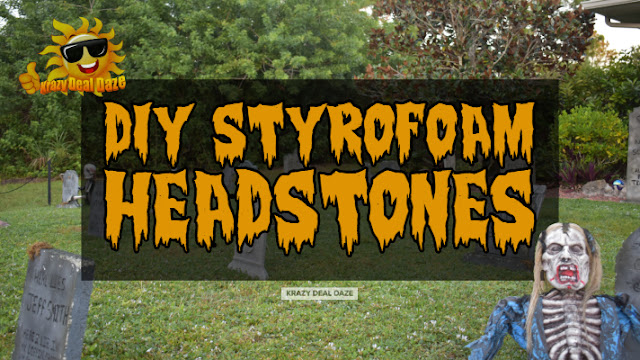 About 15 years ago I decided I wanted to add a graveyard to my Halloween display. However, money was extremely tight and we couldn't afford to buy any foam headstones.... Where my husband was working at the time, he had access to Styrofoam scraps which gave me the idea to try and make my own! So I asked him if he would be allowed to bring home some of the scrapped Styrofoam? Thankfully he was able to get me quite a bit of Styrofoam scraps! The rest of the materials I used we already had laying around our garage and shed so, in the end, I made 15 headstones and spent zero money!

To this day we still have all 15 of those headstones and I'm ready to add to our collection. So, I'm going to share with you how I made mine all those years ago. Unfortunately, this time they will not be completely free because I do have to buy the Styrofoam and the green camo paint. But they will still be much cheaper and more original than the store bought ones!!

First, we're going to need to decide on the size and shape of our headstone. Either by freehanding a design from your imagination or you can google headstone shapes to get some ideas.

You can use your maker to draw out your headstone onto your sheet of Styrofoam. 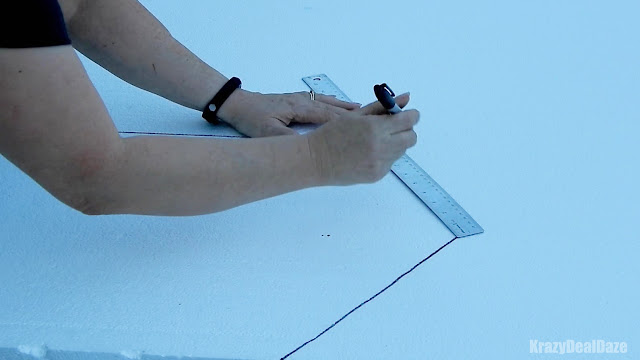 Then with the serrated knife, carefully cut it out. 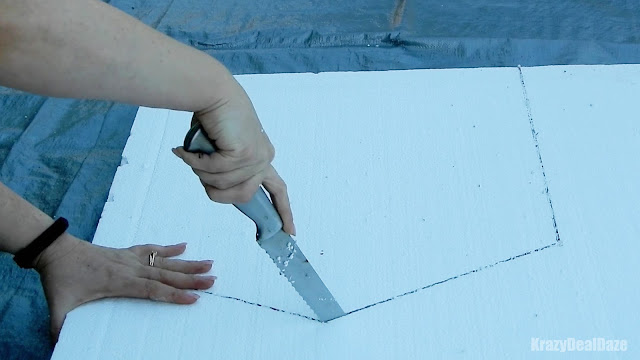 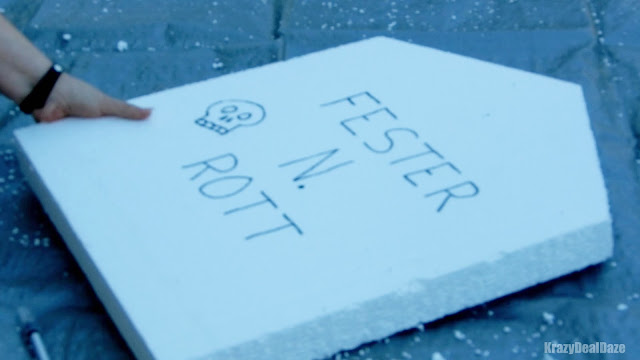 Then using your Exacto knife carve out your design and writing. 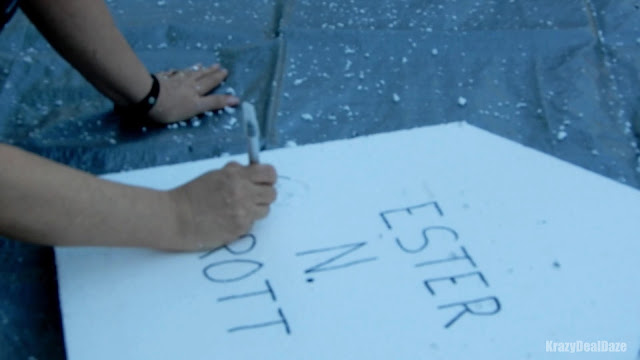 On some of my headstones, I added bases using the extra Styrofoam I had left after cutting out all my shapes. 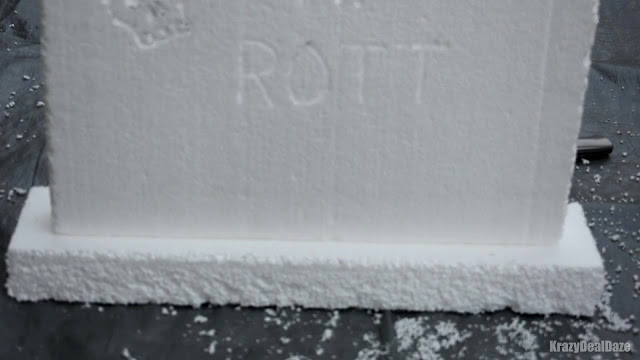 I cut the extra pieces to size and glued them to the bottom of my headstones using water-activated Gorilla glue and adding pieces of wire fencing or a tomato cage for extra support, this time around we had an old tomato cage we used. 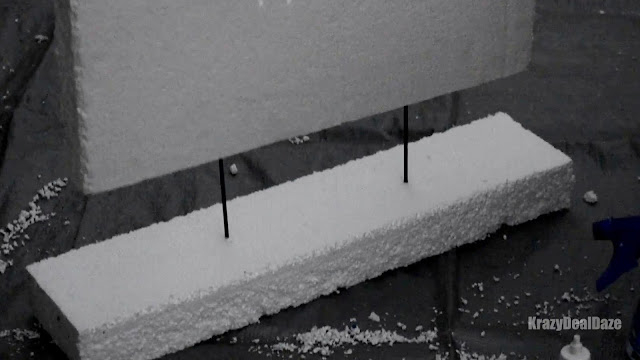 We then took the tomato cage and cut out an "H". I then pushed the top part of the "H" into the bottom of the headstones all the way to the middle part of the "H" and then I pulled it back out. Next, I put some water-activated Gorilla glue into both the holes I just made and also ran a line of glue connecting the two holes, then I reinserted the "H" into the newly glued holes and set aside to dry. 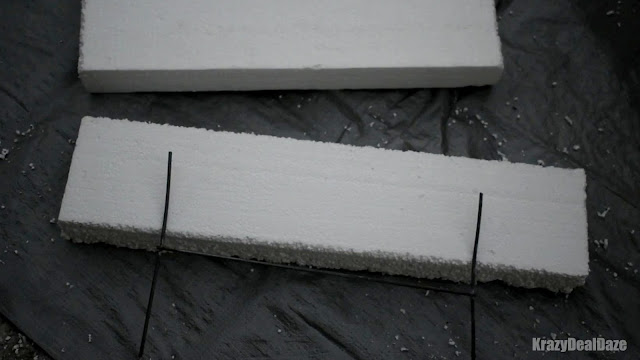 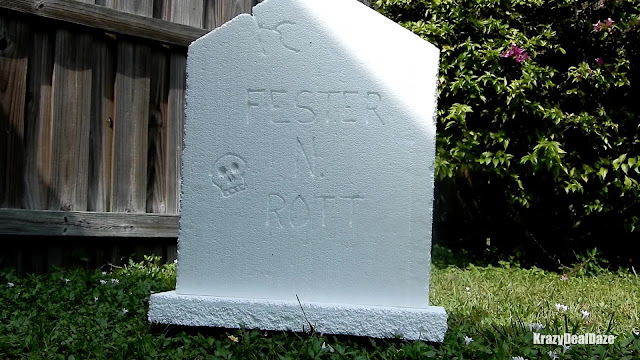 Then I started lightly spraying them with the first coat of gray primer. 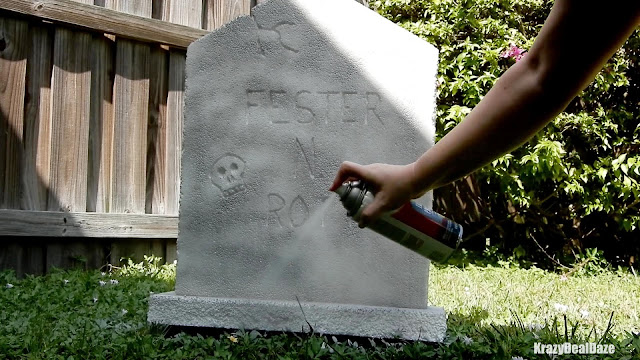 I also used two different shades of gray primer and green camo paint to give an uneven color effect. 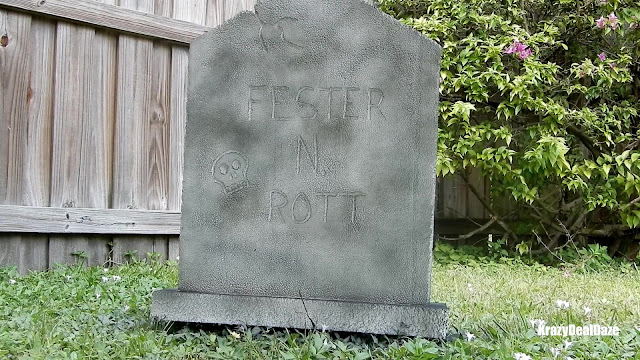 After the final coat of primer was dry I went in with my black craft paint and a paint brush and darkened all the carved out areas. 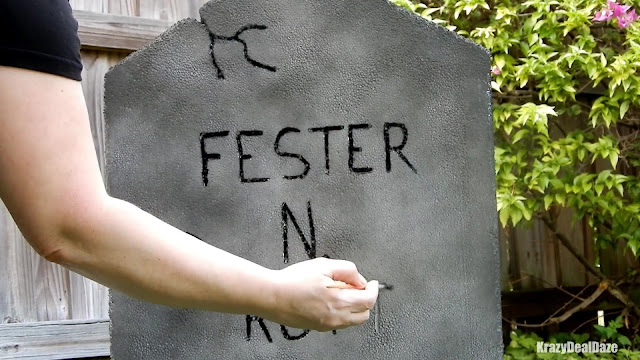 You can stop here and enjoy your new headstones or you can move on to the next optional step to add a bit more character to your headstones. 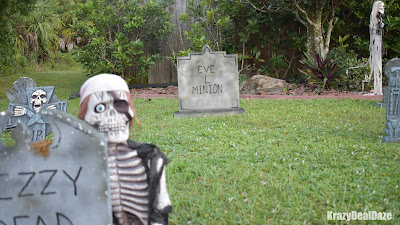 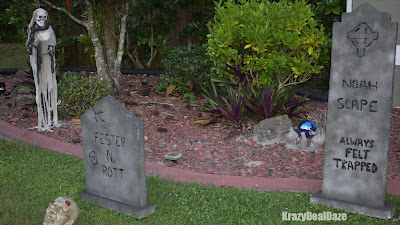 Last year while I was touching up the paint on my headstones (1st time needing to do this after like 15yrs!) I decided I wanted to add a little "something" to spruce them up a bit. So I gave some of them a little aged and dirty effect with some brown and green paint (think algae and runny dirt), I also got some moss from the dollar store and glued it on a few using Gorilla glue. 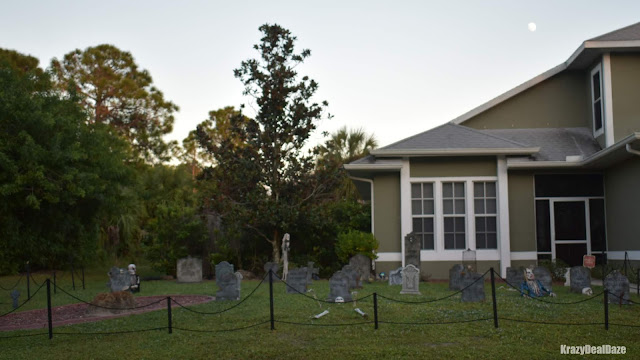 Have fun and let your creativity run wild!!

Check out our video tutorial on DIY Styrofoam Headstones

Thank you for stopping by and checking out our DIY Styrofoam Headstones Tutorial! What did you think about this project? Be sure to let us know in the comments below!


Have a great day! 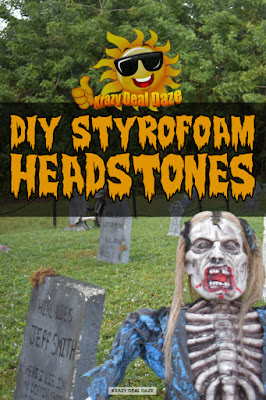